A killer whale is a marine mammal that inhabits oceans and seas, as well as the coastal areas of the world. They are found in all major oceans and some seas. Killer whales have been documented at a maximum length of 33 feet (10 m) and weigh up to 10 000 kilograms. At birth, calves can weigh about 400 lbs (180 kg) and are around 7.9 ft long! One thing is for sure – they will make you think twice about swimming with them! The Killer Whale is also called an Orca. This powerful toothed whale belongs to the oceanic dolphin family, of which it’s one of the largest members. 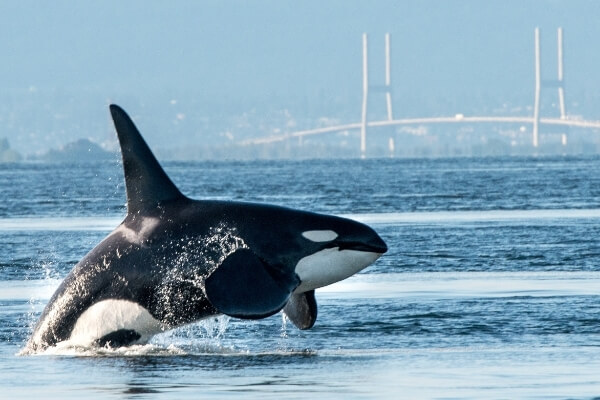 Killer whales typically inhabit cold water and their diet includes fish, squid, seals, penguins and other marine mammals. The killer whale’s intelligence has enabled them to understand simple instructions from humans such as “surface” or “go left.” These predators are often seen acting aggressively towards one another which can be attributed to both mating rituals or competition for food sources. On certain occasions, groups of killer whales have been seen working together to slide seals off of ice flows so that they can feast on the carcass. They are known as top predators because they are at the top of their food chains and have no natural enemies. People often misunderstand these creatures in terms not only of their physical characteristics but also their intelligence level. One myth that is often perpetuated by movies like Free Willy is that Ocra’s will automatically seek out humans if one is thrown into a pool with them or even potentially saved from drowning by them. This could be quite dangerous for a human who gets too close to a killer whale because they are still wild animals and can cause serious damage with their tail flukes and teeth, which are weapons with a serrated edge. A whale of a time

Killer whales are often seen participating in surface behaviour such as breaching and tail slapping. These activities may have a variety of purposes, including courtship, communication or play. Spying is also an activity that they engage with which entails the whale holding its head above water to view its surrounding environment. Resident killer whales swim alongside porpoises and other dolphins too!

Despite their name, wild killer whales are not considered a threat to humans and no fatal attack on one has ever been documented. However, there have been several cases of captive orcas killing or injuring their handlers at marine theme parks in the past. The animals feature strongly in mythologies from different cultures- some consider them souls while others see them as merciless killers who will eat anything unprovoked! 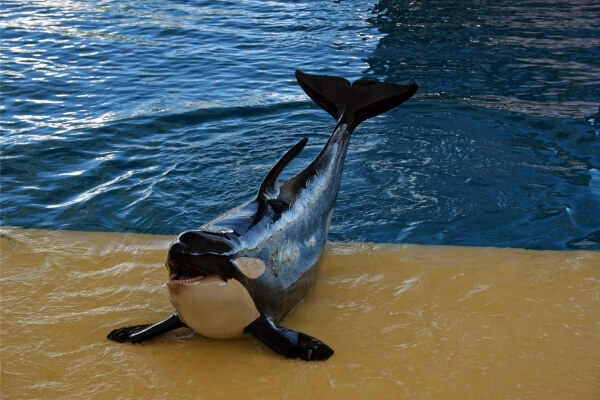 Say no to captivity

You may have seen Orca’s at sea world in shows where they jump out of the water and ride someone’s back as they are thrown from a platform into the air, but more recently this form of entertainment has come under fire due to accusations that these creatures are not being cared for and live shortened lives as a result. The reason is that they cannot be released into the wild because they do not know how to hunt living their entire lives by eating only dead fish unless taught to kill. The controversy over shows like this is whether or not it contributes to keeping the animals safe from extinction by putting them into captivity.

Killer whales are one of the most intelligent creatures on Earth. Their intelligence enables them to understand simple instructions from humans, and their large size makes them a powerful apex predator in all major oceans. While they typically inhabit cold water regions around the world, there have been reports of orcas found in warmer waters too. It has also come to light that these animals are not being cared for or live shorter lives due to captivity at marine theme parks – rather than starring in shows where they jump out of the water with someone on their back! People misunderstand these magnificent creatures by thinking they’re mindless killers who will eat anything unprovoked when this couldn’t be any further from the truth!