Peter Bradford Benchley, author, screenwriter and ocean activist, was born on 8 May 1940 in New York and died of pulmonary fibrosis on 11 February 2006, in New Jersey. His bestselling novel, Jaws, about a huge bloodthirsty great white shark that terrorises the swimmers killing them, was what made him famous. He co-wrote the film adaptation of his novel, and some of his other works include, Beast, White Shark, The Island and The Deep. Eventually, he became an outspoken advocate for marine conservation, regretting writing such sensationalist literature about sharks. He felt that it only encouraged unnecessary culls and excessive fear of such an important predator in the ecosystem. Peter decided that in the last decade of his career, he would write non-fiction works, advocating the conservation of sharks and the sea. One of his books, Shark Trouble, illustrated how media sensationalism and hype can have potentially negative consequences when it comes to how humans interact with and understand sharks. It details how humans have become more aggressive towards sharks, mostly due to ignorance. This mindset led to increasing numbers of shark species becoming threatened, due to overfishing. 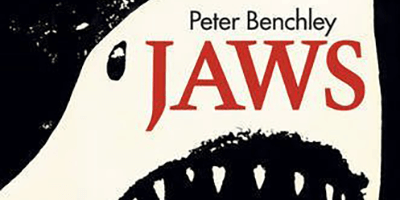 In his conservation and education efforts, Peter Benchley became one of the founding board members of the Bermuda Underwater Exploration Institute (BUEI). He was also a member of the National Council of Environmental Defense, acting as the spokesman for their Oceans Program. He stated that, worldwide, sharks are not the oppressors, but instead they are the oppressed.

The Peter Benchley Ocean Awards was instituted by his widow, Wendy Benchley, in recognition of Peter’s efforts to educate the public about sharks, and shark conservation. A new species of lanternshark, found off the Pacific coast of South America, in 2015, was named by the researchers as Etmopterus Benchley. A quote from Peter states: “If I had known then what I know now about sharks, I would not have been able to write Jaws, which demonised the Great White Shark”.